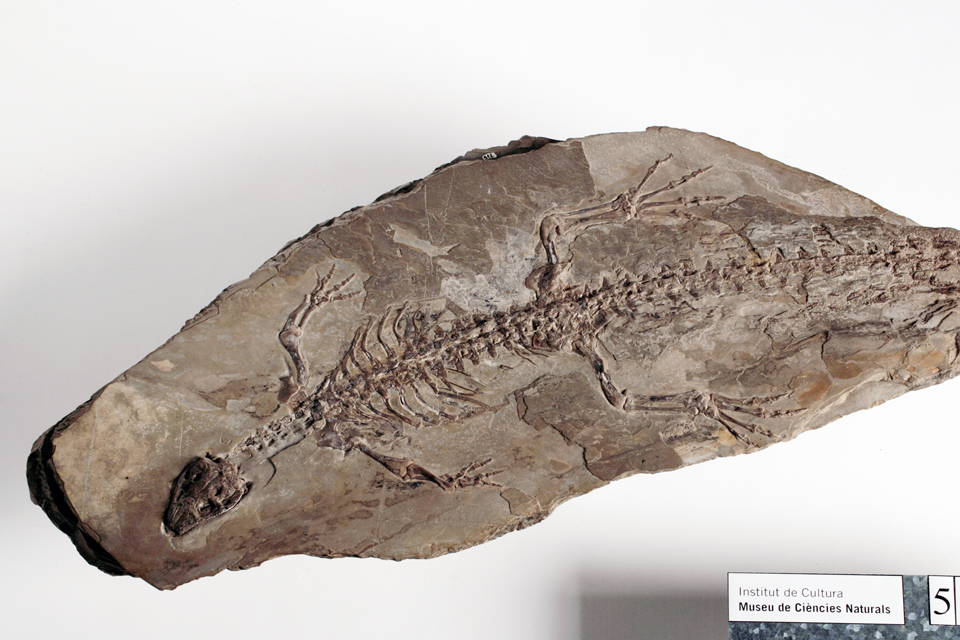 This piece stands opposite the Island of Evolution, in the Fossil Record section of the ‘Earth Today’ exhibition.

It is most outstanding vertebrate fossil in the entire Museum.

The fossil was discovered in 1902 by the engineer and geologist Lluís Marià Vidal at the Rúbies quarry (Noguera) quarry Rubies (Walnut). It is the first crocodile from the Apatosauridae family found and described from the Cretaceous period in Spain, the first in Europe and the only whole exemplar anywhere. The piece is considered a holotype, that is to say, a single type specimen upon which the description and name of a new species is based.

In fact, very few crocodile fossils of any age have been found on the Iberian peninsula. This specimen has been on show at the Museum since 1924.