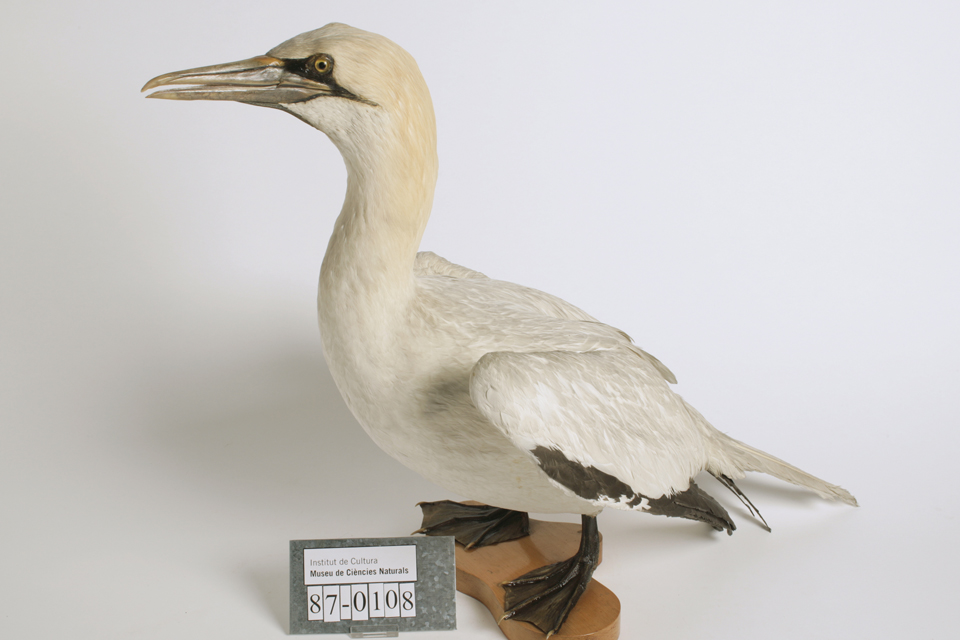 If you look closely at this pair of northern gannets (Sula bassana), you will see that they are very different. Why? Could you say which is the young bird and which the adult? 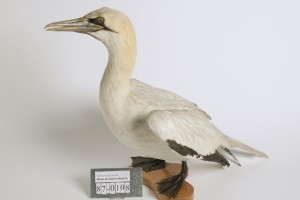 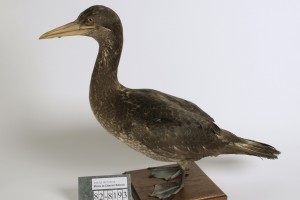 In birds, changes in appearance are evident from hatching until the young bird that can fly.

Such differences include the size and type of feathers, or down. But the differences between young birds that can already fly and individuals who have reached sexual maturity are also clearly visible in the plumage, in which the differences in colour can be, as in the case of the gannet, most striking.

Discover changes in other animal species in the display case devoted to biological cycles in the ‘Earth Today’ exhibition.