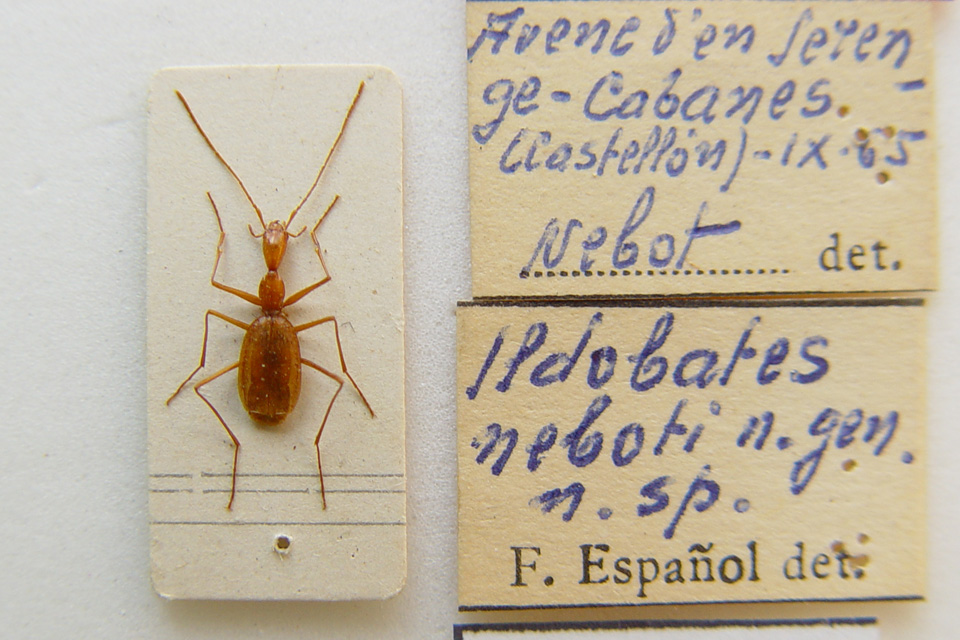 Don’t miss this great jewel in the Museum! You can admire it in the display case devoted to cave fauna, which you will find just before reaching the section on fungi.

Amongst the cave species conserved in the Museum, Ildobates neboti is the most iconic of biospeleology. Considered a living fossil, the species is endemic to Castellón province. First described in 1965 by Francesc Español, director of the old Zoology Museum from 1966 to 1977, it is considered a holotype, that is to say, a single type specimen upon which the description and name of a new species is based.

Ildobates neboti is the veritable jewel of the Francesc Español Collection, due both its morphological characteristics and its phylogenetic and biogeographic peculiarities.

Due to the aesthetic quality and essential form of this exemplar, it is often used on logos, graphic images and stamps.