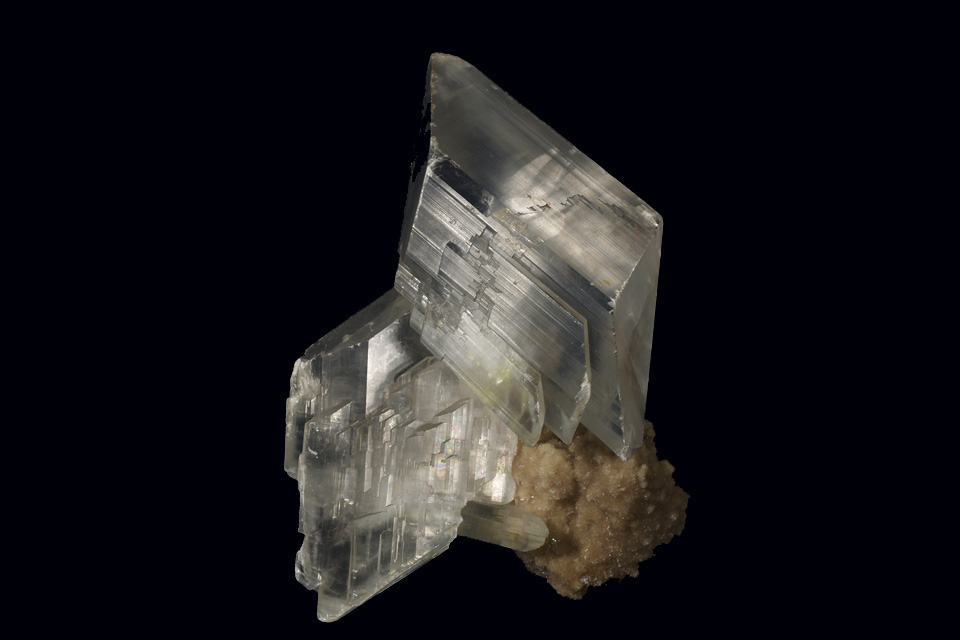 You can admire this piece in a large display case rocks and minerals section of the ‘Earth Today’ exhibition, just before reaching the shop.

This is an extraordinary mineral due to the size and the quality of the crystal, which has an unusual transparency for this species.

Origin and formation: this rock is formed by the precipitation of hydrate of calcium sulphate crystals CaSO4·H2O during the evaporation of brine that has high a concentration of calcium and sulphate ions. The precipitate, called primary gypsum, is buried, lithified and dehydrated until it forms a rock: anhydrite. This anhydrite can re-appear on the surface, where rainwater rehydrates it and forms secondary gypsum, which constitutes most phenomena of the upwelling of this kind of rock.

Where is it found in Catalonia?

Most gypsum deposits are found in central Catalonia and were formed at the end of the Eocene period. During that period, the sea covered most of this area and evaporation led to large deposits of rock salt and gypsum. The Catalan towns in which gypsum is still found are Artés, Avinyó, Igualada and Òdena. There is also some gypsum in Súria and Sallent, formed from the evaporation of continental lakes.