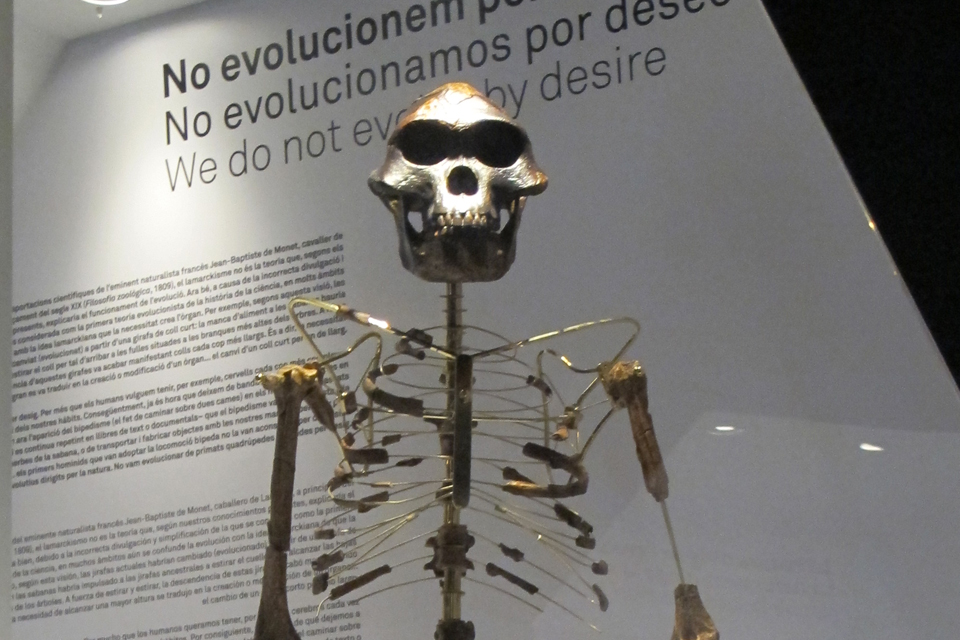 This piece, which forms part of the Island devoted to Evolution, is a replica of the skeleton of a hominid of the Australopithecus afarensis species from approximately 3.2 million years ago. Discovered in Ethiopia in 1974, Lucy enabled the appearance of bipedality to be dated for the first time.

The bipedality of our ancestral fossils appeared some 6 million years ago in the forests of eastern Africa, long before the conquest of the Savannah.