Sound is a widely used means of communication in the animal world, with the development of specific organs to produce and receive sounds and of communication networks within and between species, both simple and very complex.

Birds, especially, can produce many diverse sounds and also structure them into motifs and phrases so that the result, their song, is a rich and extraordinary musical composition.

We know that mate formation and maintenance, as well as territory defence, are among the functions of animals’ song, but there are other mysterious aspects yet to be uncovered.

In this audio rest area, you can hear the following animals: 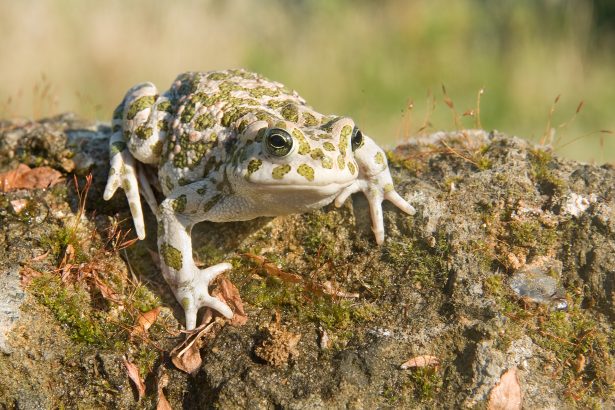 Originating in Italy, and arriving in the Balearic Islands in prehistoric times. It is said that the Talaiotic people kept them to liven up the nights with their sweet, pure notes.

A species native to central and southern Africa. Recognised by its wide repertoire of calls and song stanzas, rich in melodious and sonorous notes and motifs, often sung in duet by pairs, as in this recording. 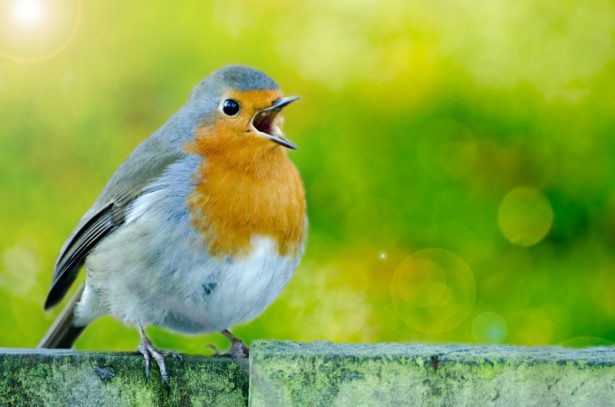 A small, stocky bird found throughout Europe, of a curious and endearing nature. Its song is rich in very diverse motifs, combining and alternating high-pitched chirps with other lower notes, creating long, delicate, unique and unmistakable melodies. 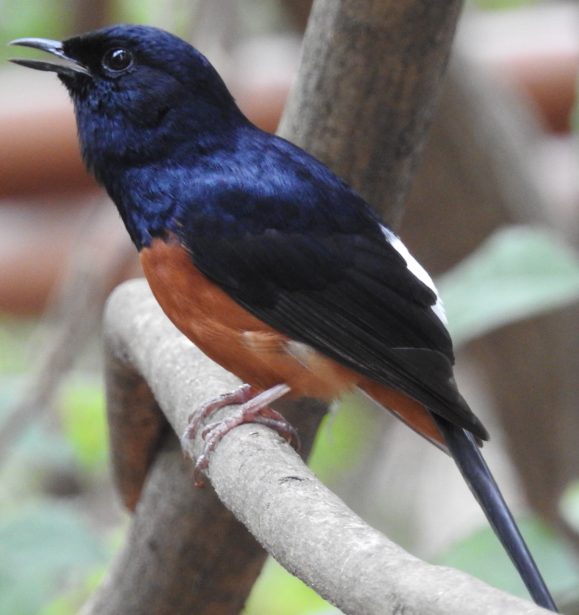 A passerine, native to India and southeast Asia, highly valued for its song, rich in clear, sonorous notes, which it combines with imitations of other birdsong to “perform” beautiful musical melodies. 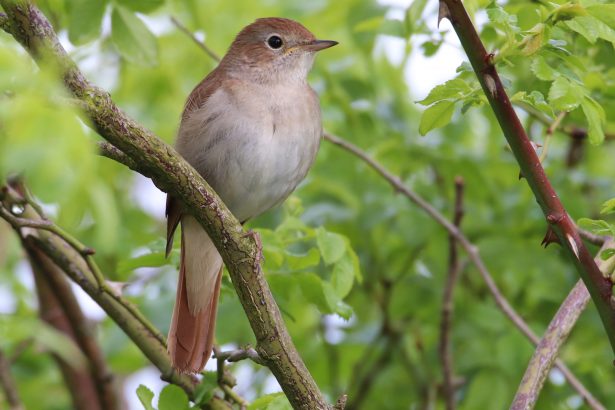 A migratory bird, which breeds in central and southern Eurasia and spends winters in the sub-Saharan belt of Africa. Difficult to see but renowned for its song, combining an extraordinarily rich repertoire of very high notes with other low, harsh, whistling and warbling sounds, generating long, very diverse and sonorous melodies. Sings during both the day and at night.. 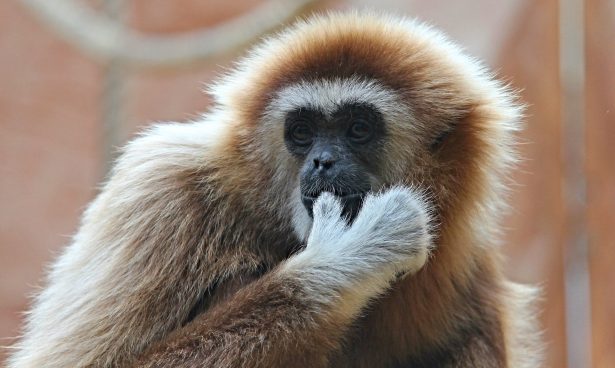 A primate of southeast Asia. Lives in family groups, and the adults defend their territory with a beautiful song made up of very modulated, high-pitched, sonorous and prolonged howls, each pair with its own distinctive characteristics. 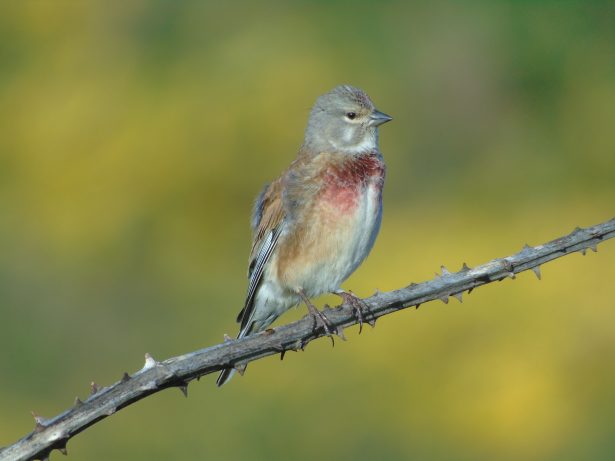 A small and slender finch typical of the western Palaearctic. Highly valued for its song, comprising a rich combination of short sounds such as sweet tweets, whistles and percussive motifs, and which has a very particular metallic timbre, resulting in cheerful and pleasant melodies. 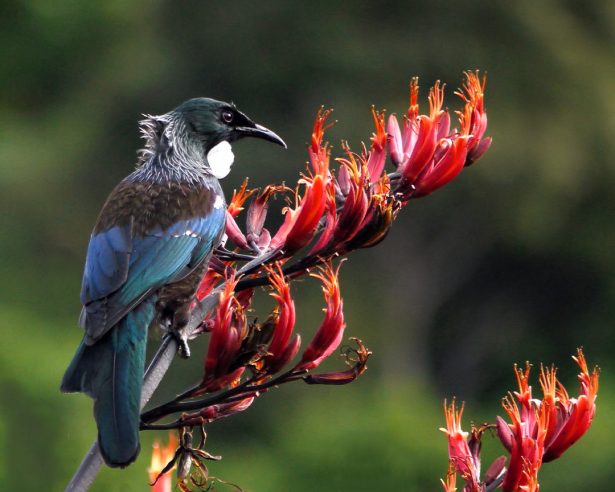 Native of New Zealand, and very popular for its vocalisations and ability to imitate a great repertoire of sounds, including words and phrases. Its song is a kind of soft chatter filled with high-pitched, musical sounds and other melodic aspects, which can be quite surprising. 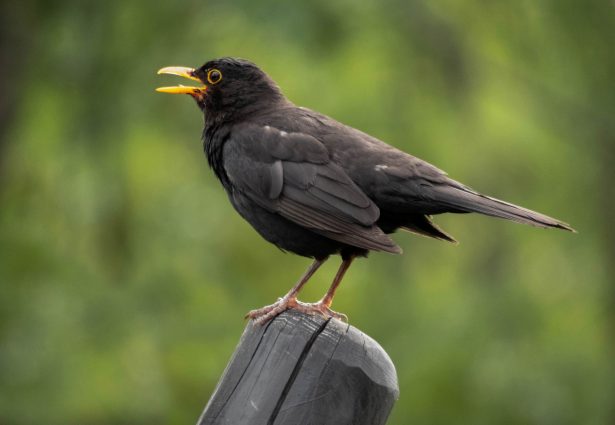 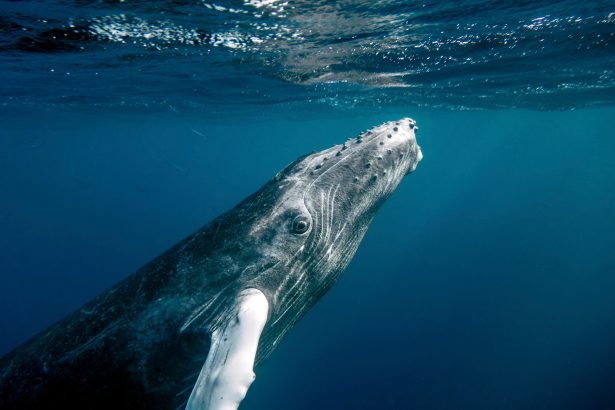 One of the larger rorqual species, found in all oceans. In breeding season, males emit a complex song with a wide array of bass sounds and different frequencies. This song is shared among the males of the same group and evolves over time. The function of the humpback whales’ impressive song is not yet fully understood.