The exhibition, titled Oceans, the last wild territory, consists of an audiovisual tour of the seabed based on 480 hours of unpublished images selected from the documentary Oceans, the greatest testimony of the seabed ever filmed. A major attraction of the exhibition is a large curved screen that multiplies the sensation of immersion and so doubles enjoyment of this unique opportunity to directly experience the oceans of the five continents. The exhibition also includes a circuit consisting of 14 large high-definition screens that show marine animals at their full size and project stereoscopic 3D images that are viewed with special glasses. There are also interactive displays offering basic information on the oceans, a children’s activity area and a face-in-hole photocall area.

Origin of the exhibition

The audiovisual support for the exhibition is 480 hours of unpublished images of enormous informative and scientific value, selected from the documentary Oceans. This documentary, which won the César for Best Documentary Film in 2011, required 7 years of work, 75 expeditions, the work of 500 people and an investment of 50 million euros. Directed by Jacques Perrin and Jacques Cluzaud (nominated for an Oscar for Best Documentary Feature for Winged Migration in 2003), Oceans opened up new perspectives on our knowledge of life in the oceans. The most innovative filming technology was developed for the project to make it possible to follow marine species (like dolphins and tunas) at their speed, reach depths where no humans had ever been before and discover new species.

This exhibition, the purpose of which is to awaken emotions and raise awareness, adapts the film to the narrative format of the exhibition, where movement is by the spectator. “The ocean, less well known than the surface of the Moon, is the only place on Earth that has no physical boundaries. Animals move with total freedom, as they did previously on the continents: it is the last wild territory,” says Oscar Vega, curator of the exhibition. 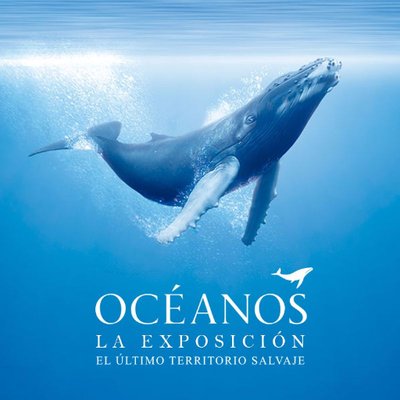